You might have realised that I haven’t been posting since #youthbloggers2015 started, which was a week ago. I did not write mainly because I didn’t know what to say, I actually still don’t know, let’s say that I’m just being carried away because I strongly feel like you should all know what an amazing oportunity was for me to be a part of this workshop.

Some of you, the ones who follow me on my social media (mainly facebook and instagram) may already know that I participated in a workshop at Baile Tusnad and I posted some photos. This is only the first article about #nohatespeechmovement, the one in which I am talking about impressions and feelings. There will be a few other ones coming up these days in which I am going to present more details about the workshop, about the NGOs and about the Hotel.

I am not going to lie, at first I was a little bit sceptic. I mean, I didn’t know anybody, I was like a stranger. I had to wake up at 5 a.m. to arrive to Bucharest at 9 a.m. from which we left for Baile Tusnad. And I was pretty tired so I slept almost the whole entire road. But when we took 10 minute stops, everybody was already getting to know each other and they were talking in groups and I felt like meh.. Because I didn’t want go introduce myself like „hi, I’m Andreea, may I be your friend?” that’s not how it works, at least not for me.

At some point, my boyfriend called and I was like „I don’t know anybody, I wan’t to come home, please take me home!” and he was like „you’re the most sociable person I know, you’ll get through it and you’ll make a whole lot of friends”. Little did I know how right he was!

The whole first day was the same, I had only talked to this one guy and I sincerly thought that he was going to be my only friend, but then we had dinner and after that some of us decided to play Cards Against Humanity which I think it bounded us in some way. As I said, I was pretty tired, all of us were so we went to bed at like 10 p.m.

The next day I began to realise that a friendship started between me and the girls mostly (we were the ones to play the game a night before) and we talked, we were getting to really know each other, to switch facebook names and so on. Before I knew it, we were already friends, like going to our rooms together, talking about girly stuff, you know…

Then there were the outdoor activities and some of us, the fancy pretentious girls went to the pool instead of the forest with the others. Then we started to talk serious , we formed a friendship that still lasts.

At first, I thought there was no way I could became such a good friend to someone in only 3 days, but as I went through the days I realised that I could. I think that the fact that we were all bloggers, doing the same thing, dealing with the same stuff bounded us in a way that none of us expected. Now I miss all of the participants, I miss the ones from abroad, I miss the ones from Romania, I miss every body and soul that was there!

When I arrived at home, I felt so wierd, like I didn’t belong here anymore. Like „where is the elevator? Where is my hotel card to unlock the door? Where did I lost it?” It was so wierd waking up in the morning and not going downstairs for breakfast with my blogger friends. And I miss them a whole lot because they were my everything those 3 days. I found out „secrets” about them and their lives, they found out mine and we managed to became such good friends in only 3 days, I can’t even believe this is true.

Maybe sometime in the future we’ll have the chance to meet again, to catch up, but until then, if you’re a participant of the workshop and if you’re reading this I want you to know that the time we spent together meant the world to me, that I am glad I came across you, that our friendship is going to last a lifetime and that I am so grateful for what we had. I want to thank you all for being there, the trainers for teaching us that hate is no way to express anger and thank you #nohatespeechmovement for this amazing oportunity!

A little sneek peek of a swimming lesson that I failed as a proffesor:

See you next time! 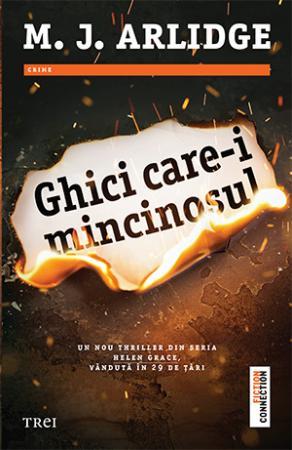